Gain Confidence By Trying Something New

Gain Confidence By Trying Something New

With the days getting shorter and cold weather creeping in, it’s easy to feel bored or stuck in a rut. It may be tempting to stay home and hunker down for the winter, but it’s important to get out of the house and experience new things. So keep reading to learn a few reason on why you should expand your horizons and try something new and see how you can win $25 towards your efforts!

Make new friends, tighten bonds and have something new to discuss around the water cooler 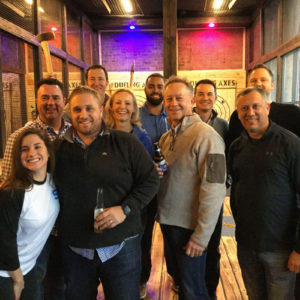 Branching out of your comfort zone can help you meet new people, or can strengthen the bonds you already have with friends and family. Trying new things will give you plenty to talk about while you’re gathered at the dinner table, huddled around the water cooler, or getting your hair cut. Where ever it is you need to make some small talk. Want to do more than just talk turkey and ham? Gather up the family and share in an experience beyond the same old shopping. Finding new activities that can engage the whole family will help create memories that last a lifetime. Experiences can also make great holiday or birthday gifts – skip the knick-knacks or socks and take friends out to all try something new! Group outings will help you grow closer together, and help introduce you to others who share your interests.

Gain Confidence In Yourself 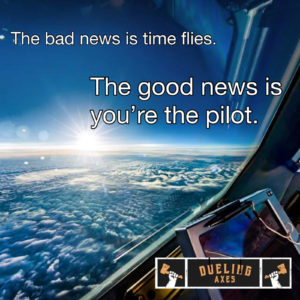 On a personal level, trying new things can help you learn a lot about yourself. Often, people are resistant to new experiences because they’re afraid or intimidated – possibly of the activity itself, or just of doing something out of their routine. But going outside of your comfort zone can help you gain confidence as you overcome your fears and can help you tackle problems in the future with a new perspective. Keeping an open mind to fresh experiences can help shape your opinions or reveal new things about yourself that you didn’t previously know.

Creating habits, routine, and structure in life is important to get through your day-to-day, but it’s just as important to break the mold every so often! Getting out and experiencing new things can reinvigorate your spirit, and helps to break up the hum-drum patterns of daily life. It alleviates boredom, and can also help relieve stress. It even helps improve overall satisfaction with life – even small changes to routine can increase your zest for life, and experiencing more of what life has to offer can have major benefits to your personal life.

Looking to take the plunge with a new activity? Look no further! Dueling Axes offers the thrill of throwing axes at wooden targets in a safe, upscale, urban lounge setting. With comprehensive safety training, as well as detailed coaching on proper throwing technique, you can experience pulse-pounding excitement in a comfortable and warm environment. The fact that Dueling Axes is BYOB and BYO-Food means you can customize your visit to fit your preferences. You can choose to bring your own brews and meal with you or order free delivery from some of the best eateries in the city.  Whether you’re a couple looking to spice up date night, or planning a party for 100 of your closest friends and family, Dueling Axes can accommodate nearly any size of group. So what are you waiting for? Book online or by calling the shop, and we’ll be sure to save a lane for you!

Here’s your chance to try something new, and win $25

We want you to have all the new experiences you can! Start by heading to our Instagram page and finding the GIVEAWAY post so you can enter to win $25 to City BBQ. Follow @duelingaxes on Instagram and Facebook, tag your axe-wielding friends and comment with why you deserve to win. Then book your axe throwing experience with us. Experience the exciting sport of axe throwing at Dueling Axes like you can’t anywhere else – in a safe, comfortable, and modern setting located in the heart of Downtown Columbus. As one of the only axe throwing facilities in the country to give our guests a private throwing lane, we promise to never pair you and your friends with people you don’t know. We’re also BYOB and outside-food friendly! Don’t want to haul in your own food and drink? Don’t worry, you can order from any of the neighboring eateries and they’ll deliver their full food menu, canned/bottled beer and full bottles of wine directly to your lane(s). All with FREE delivery. So grab a six-pack and some friends, a pizza and a date, or order in for your group’s private event – axe throwing in Columbus is the MUST DO experience everyone is talking about.

Safety training & 1-on-1 coaching starts before your reservation time begins. That means you get a full 1 or 2 hours of uninterrupted throw time to play dozens of gameplay options. During your stay, our staff is available as much or as little as you’d like so your group can experience axe throwing the way you want.

Submissions to win will be accepted until Saturday, January 11 at 11:59pm. Enter Now!

Enjoy Your Hometown with Great Food, Entertainment and – of Course – Axe Throwing

With school back in session and the holiday season right around the corner, it’s easy to feel burned out by the hustle and bustle of daily life. Thankfully, downtown Columbus is rich in both comforts and exciting entertainment and dining options to help you feel refreshed and ready to take on the world again. This is the ultimate guide to your dream Columbus staycation.

The Perfect Location for Your Columbus Staycation

Start your weekend vacation at home by checking in to the Westin Great Southern Columbus, a 4-star hotel right in the heart of downtown. The rich, red-brick exterior houses rooms decked out with every modern amenity, including pillow top mattresses and rainfall showerheads. The premium location places you minutes away from countless restaurants, bars and family-friendly forms of entertainment, including Ohio’s premier axe throwing lounge, Dueling Axes.

While axe throwing may seem intimidating at first, Dueling Axes guarantees a safe and comfortable experience that combines individual coaching and free-form game play, all in an upscale, urban lounge environment. Children as young as five years old have been able to successfully stick bullseyes, making it a great option for both kids and kids at heart. Parents can enjoy the stress relief of throwing axes while enjoying an adult beverage, whether brought from home or delivered in from one of the many neighborhood restaurants, and kids love taking on the new challenge of axe throwing. Guests can choose from about a dozen game play options and set their own pace of throws, making it a great option for kids to teens and in between!

Nothing works up an appetite quite like axe throwing, and thankfully, Dueling Axes’ convenient downtown location makes it just a moment’s walk away from a wide variety of dining options. Looking to keep things casual? Grab a pizza from Mikey’s Late Night Slice or a gourmet dog from Dirty Frank’s Hot Dog Palace, both located just across the street from Dueling Axes. Pecan Penny’s and The Walrus, both located right around the corner on Main Street, offer up classic BBQ and upscale American standards, respectively. Got a group of adventurous eaters with you? Stop by El Camino Inn for twists on Mexican street food and craft cocktails. With so many options to choose from, there’s truly something to keep everyone in the family happy.

Sound like an award-winning weekend? Well, you’re in luck! Dueling Axes is proud to call Columbus, Ohio its home, and wants to share the fun with all of its fans. Dueling Axes has teamed up with the Westin to offer up a dream Columbus staycation package that is sure to delight. Visit our Instagram page and look for the GIVEAWAY POST mentioning this blog. Follow @duelingaxes on Instagram and Facebook, tag your axe-wielding friends and comment with why you deserve to win this Columbus Staycation package for a chance to win a night’s stay at the Westin and a 1-hour axe throwing package for 2 people! To top it off, we’re offering up a classic pie at Mikey’s and two $25 gift cards, one to Dirty Franks and one to The Walrus. It’s the perfect package for planning a Columbus staycation. Follow the link for additional details and how to enter!

Dueling Axes axe-throwing lounge in Downtown Columbus will celebrate its one-year anniversary on July 7. In celebration, the lounge announces an expansion into New Albany, as well as a tournament series and other promotions.

The lounge will expand to New Albany as part of the Hamilton Quarter expansion southeast of Hamilton and 161. The development is also the future site of a Target Next Generation store, Hobby Lobby, and a host of other retail businesses and restaurants.

Dueling Axes’ expansion will double the size of its Downtown location — which will allow for twice as many lanes, but with the same rustic feel. The space will also include a private meeting room and a traditional parking lot.

The lounge is looking at an opening in 2020.

“That kind of opens up a new market for us, that northeast side of Columbus,” said Jess Hellmich, co-owner of Dueling Axes. “There’s a whole group of people that only stay Downtown or inside 270. And then there’s a whole group that don’t want anything to do with Downtown.”

A part of Dueling Axes’ formal one-year anniversary celebration is a set of 32-person, bracket-style tournaments on three nights in July. For a $20 fee, individuals can compete for one of six spots in the finals. The winner will get tickets to a Columbus Clippers game, and get the chance to make the “first axe throw” ahead of the game.

“Instead of your first pitch, we’re going to set up a target and someone’s going to be able to throw an ax over home plate,” explains Hellmich.

Tickets will also be given away, as well as company merch, restaurant gift cards and gift certificates to the lounge.

The celebration also incorporates a number of promotions, including summer happy hour pricing on Wednesdays, Thursdays and Sundays through Labor Day. On Sunday, July 7, the day of the anniversary, one-hour reservations will cost $10 a person for a minimum of four-person groups.

Hellmich and Paul Sherry, co-owner of Dueling Axes, say the past year has gone by quickly. They now have 10 people on staff, and the response from patrons has exceeded expectations.

“No injuries. Two splinters, I suppose,” said Sherry. “Most people come in, they pick it up right away.”

“Coming in on a Saturday night and seeing a bunch of coolers in here, with people just having a good time. It’s something else,” said Hellmich. “You don’t see it in a lot of places.”

More information, including registration for the tournament, can be found online at theduelingaxes.com.